Was It Love? (Did We Love), a South Korean television series starring Song Ji-hyo, Son Ho-jun, Song Jong-ho, Kim Min-joon, Koo Ja-sung and Kim Da-som was aired on JTBC from July 8 to September 2, 2020, and was streamed worldwide on Netflix.

Being a fan of the South Korean variety show Running Man and Song Ji-hyo, I was aware that she has a new series. What I did not know was it will be shown on Netflix worldwide.

Well, I sort of knew they will be on Netflix but not right away. Thank goodness Netflix was born. Moving on. After finding that out, I checked the schedule and confirmed that it will be released at 10 PM, Manila time every Wednesday and Thursday which is after the JTBC airing.

When I found that out and started watching the series, all six episodes were already available on Netflix. The moment I finished watching an episode, I already knew I wanted to watch the entire show. So every Wednesday and Thursday night I would wait for the latest episode. It was unbearable at first because the drama gave me several emotions – heartache, hope, wonder and nostalgia.

The first six episodes got me. I felt everything the story wanted me to feel; not to mention, I related well to the characters especially with Noh Ae-jung (Song ji-hyo). Well, only the part about the sacrifices and her dreams. But pretty sure some numerous viewers relate to her and the other characters well. 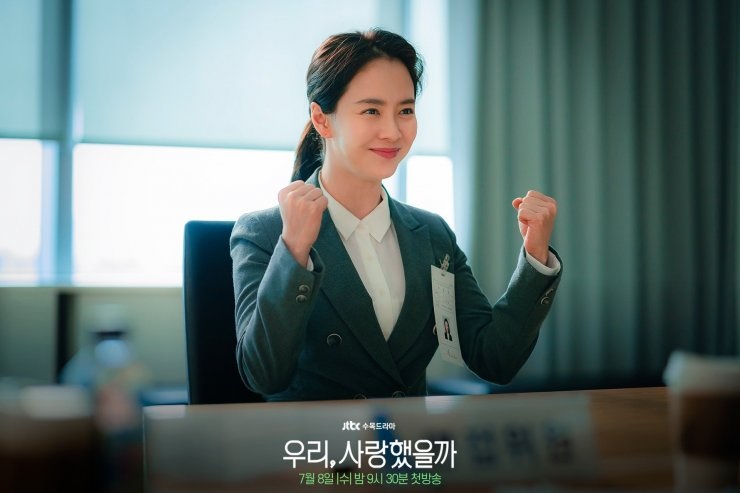 But I was able to endure the long wait every two episodes because I was happy with every single episode especially the flashbacks. Also, I’m glad all the actors in the show participated in this drama. I couldn’t imagine someone else in their places.

Sadly, towards the end, I was not having the same satisfaction. Episodes 15 and 16 were the lowest episodes for me. If you watched the series, you might have remembered that there was a cancellation of episode 15 release. JTBC did not air the said episode due to typhoon Bavi so fans of the series waited a bit longer.

I thought there would be a sense of clarity and satisfaction. I did get the former but the latter was a slight disappointment. I felt that a person who underwent such tragic misunderstanding, yes I use tragic, should get the best conclusion. Noh Ae-jung and Oh Dae-oh/Cheon Eok-man deserved so much better like the rest of the main and supporting characters did.

Don’t get me wrong. I did appreciate the ending specifically how our beloved Noh Ae-jung finally fulfilled her dream and continuous to do so. Also, I know they did end up together but the added two years apart was an agony.

In the previous episode where they fixed Ryu Jin’s problem, the way they did that to protect Noh Ha-nee and also Ryu Jin was so well-planned and executed. But when the problem with Oh Dae-oh or should I say, his other persona Cheon Eok-man the author resurfaced, it was different.

I guess it’s because he knows well and is already a part of Noh Ae-jung and Noh Ha-nee life that he wanted to protect the love of his life and daughter. It makes sense, to be honest. But the hyped feelings the series gave us since episode 12 dwindled in the last two episodes.

I guess that just made me a bit sad about how the beautiful series ended. I have to give Was It Love? (2020) an 8/10 overall series score IMDb.

I can re-watch the early episodes but not the whole series. Also, the music here is really good especially Dreams by Lee Ba Da. It’s the perfect music to describe Noh Ae-jung’s journey.