Yes, I rewatched The Twilight Saga on Netflix… late last year. The reason I’m writing about it now is that I stumbled on a YouTube video. Not sure how I got there but I watched the video and boy is the guy funny.

The channel is Dylan Is In Trouble. The first video I saw was actually his reaction to the film adaptation of Fallen, the first novel in the Fallen series written by Lauren Kate. The title of his video is Fallen: The Failed Successor to Twilight. I’m not familiar with the series but I heard something about it being a fanfiction which is a cross between Twilight and The Mortal Instruments.

After that video, the next recommended video played: was “TWILIGHT” always this CRINGEY?? (re-watching marathon) Yes, he made a long but entertaining video as he rewatched the saga. And that is when I decided to write this post.

A little context before the saga

Summer before college, I started reading novels. Well, novels that were in the bookshelves in my grandparent’s home. They were classic ones which I enjoyed nut I was looking for something else.

I wanted to read The Lord of the Rings, Harry Potter, all of Stephen King’s novels and more. But I didn’t have money so I couldn’t buy the books I want. When I entered college, I was able to read some of them because not all are available in the library.

Then the year came when the Twilight film was announced. Everyone, literally everyone was talking about it. In public transportations, I would see students from other universities holding one of the novels. I wasn’t able to read any that time. But on my 18th birthday, my family and friends gifted me all the books.

Honestly, the books were okay. Sure, they are not Stephen King approved or written by JK Rowling. They’re not even close to how James Clavell writes it. But I can proudly say how much I enjoyed them especially the second novel. New Moon is my favourite because there were intense emotions which took me closer to the characters. 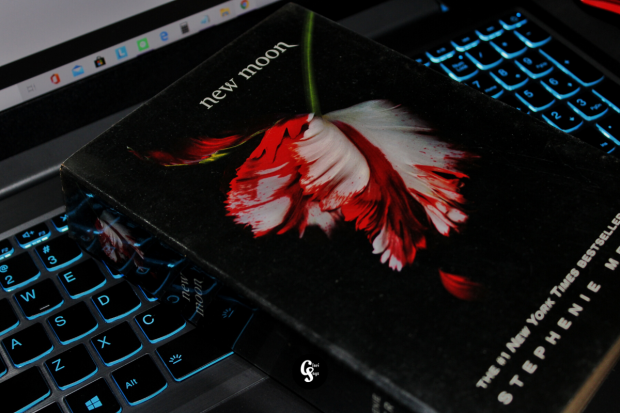 Now the movie is a different thing. Since this media doesn’t rely on a person’s imagination as they would when reading a book, they made changes. The changes contributed a lot in making the narrative better and fit for the big screen.

Regarding changes in the lore, keep an open mind. As much as I respect and approve the original depiction of vampires, who are we to say their portrayal here is wrong? It’s a story. To each his own

Now for the cringe-worthiness. I enjoyed it before but not anymore. Why? Because I’m past their target audience. BUT if you watch something today which targets the same audience, pretty sure you will make the proper reaction. That is if you are into that genre.

I guess what I’m trying to say is that the Twilight Saga isn’t that bad. However, there is one thing I want to change. The Volturi, the largest and most powerful coven of vampires, should have played a huge part in the Twilight Saga. They’re a dangerous bunch they alone could deliver a menacing plot. :)9