Get Your Pizza Eating Game on Because February 9 is Pizza Day!

In case you didn’t know, February 9 is World Pizza Day. So if you are a pizza lover whether with pineapples or not, you might want to check out the deals on that day. To help you find the best deals, I will list what I can gather below. But first, let’s talk about this food called pizza!

According to research, the first presence of pizza was during the 10th century in Naples, Italy. Back then, pizza is simply just a flatbread spread with a sauce and cheese sprinkled on top. Fast forward to 1905, pizza has made its mark on America. It was traced back to a pizzeria called Lombardi’s located in New York City specifically in Little Italy, a section of Manhattan.

What about in the Philippines?

Well, I did a little digging and found an article on Camalig (dot) com. It was from Claude Tayag’s food column “Turo-turo,” entitled “Picha pie: As Pinoy can be!” published on June 6, 2005 issue of The Philippine Star.

In the city of Angeles, the “king” of pizza is a man named Armando Nepomuceno. He opened the city’s first pizza parlour in May 1973 which he called King Pizza. People call it “Ang Pambansang Pizza” as it is proudly Pinoy. Then in 1975, San Miguel Corporation introduced Shakey’s. Come 1984, Pizza Hut entered the game.

So, how many pizza chains are there now? I’m not really sure. But here are a few of the many pizza chains I visit – 3M Pizza, Alberto’s Pizza, ä Veneto Pizzeria Ristorante, BIG Guys! Pizza, Domino’s Pizza, Gudo Pizza, Lot’s A Pizza, Papa Johns, S&R New York Style Pizza, and Yellow Cab Pizza. I’m sure you know most of this if not all. But whatever pizza place you love to visit, I’m pretty sure you would love to celebrate Pizza Day.

With that said, below are the Pizza Day deals I found online! 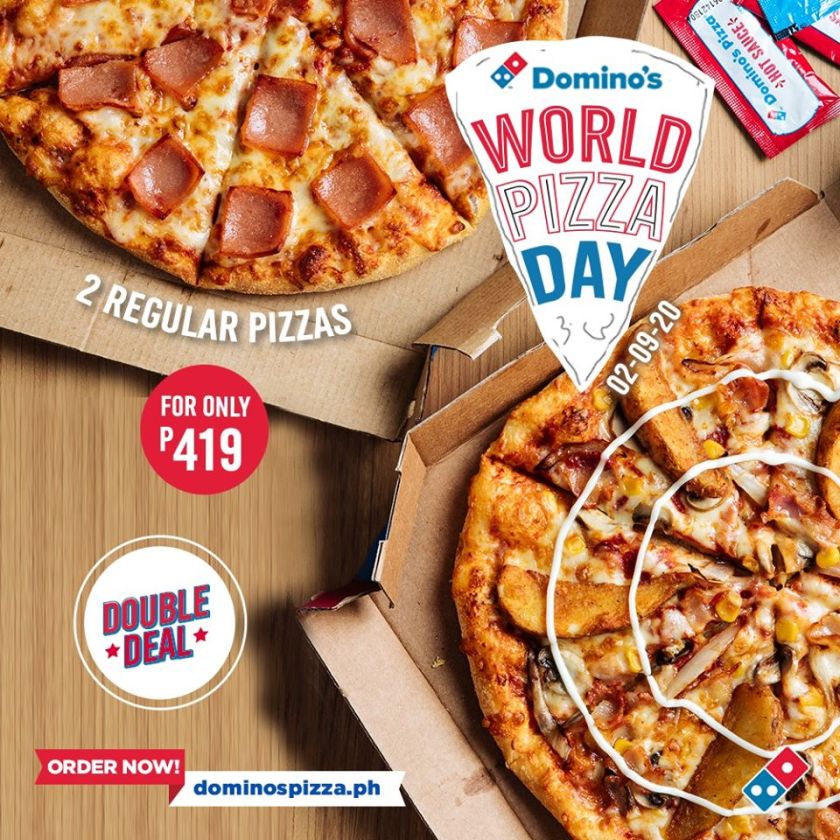 Apparently, they have a surprise which they will reveal on Pizza Day. But I heard it has something to do with their best-selling Greenwich Hawaiian Overload pizza. 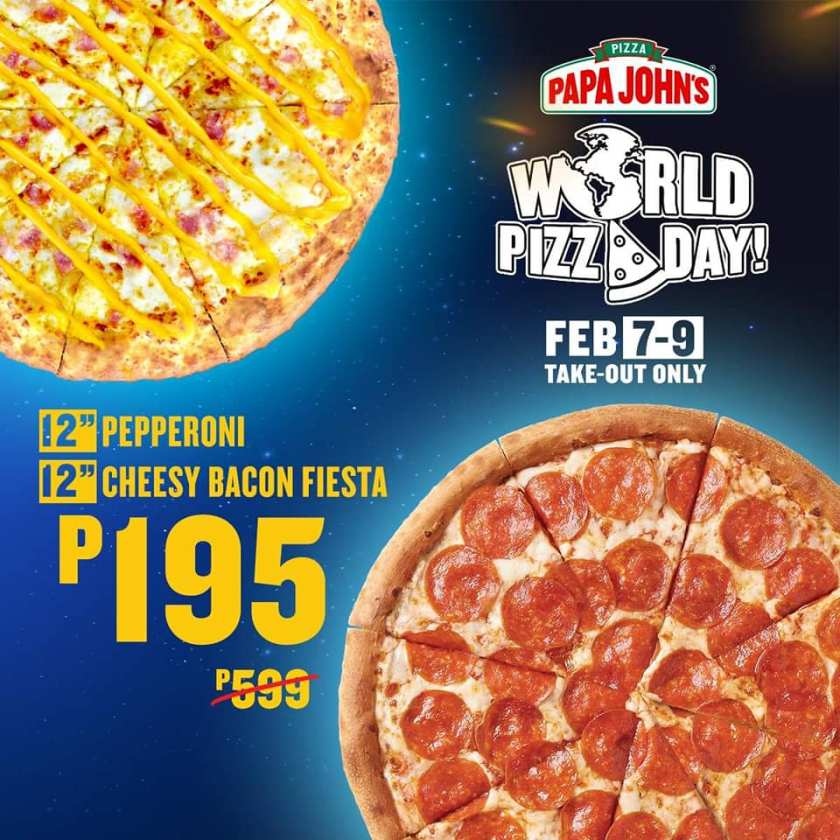 Their Piso Pizza is back! 🙂

If you are near, here are some deals at SM Mall of Asia

Are you ready to celebrate Pizza Day 2020? Enjoy and happy eating! 🙂