I was invited to the launch of Korea’s favourite idol sandwich known as the SBS Inkigayo Sandwich. The venue was at the activity centre of Eastwood Mall in Quezon City. Though I live in that city, there is no way I’ll get there in an hour. So I planned.

The event was at 2:30PM which means it’s better to have lunch at the mall. And since my abuelita hasn’t been there, I decided to bring her with me so I can show her around after the event. Good thing I planned well because it took us two hours to get there.

Moving on, we checked the restaurants near the activity centre and ended up on the second floor at the farthest corner. There we saw a lively place and a colourful sign that says, “Fiery Style Southwestern Flaming Grill.”

At first glance, we thought that there was no available seat because there was a large group situated in the middle of the dining area. But one of the staff informed us that there is still a seat available so we took it.

Upon entering, I saw that they do offer quite an adequate space. It just so happens that there was a large group who occupied the centre aisle making it difficult for people to pass. Despite that, I can still see how beautiful their restaurant is. I really do appreciate the interior, music, and food. 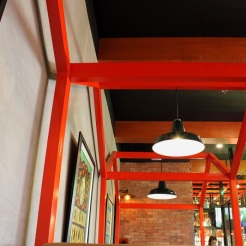 So what kind of food does Fiery Style serve? Well, this restaurant is a Southwestern Tex Mex restaurant so they offer burrito/ chimichanga, fajitas, croquettes, quesadillas and tacos. If you’re not a fan of those, don’t worry they do have burgers, ribs, steaks AND fiery sizzling combos perfect for lunch and dinner. They actually have eight combos to choose from and we ordered the following:

Flame-grilled Rump steak seasoned with salt, black pepper and southwest spices. This is served on onions with mushrooms, half grilled tomato and rice. 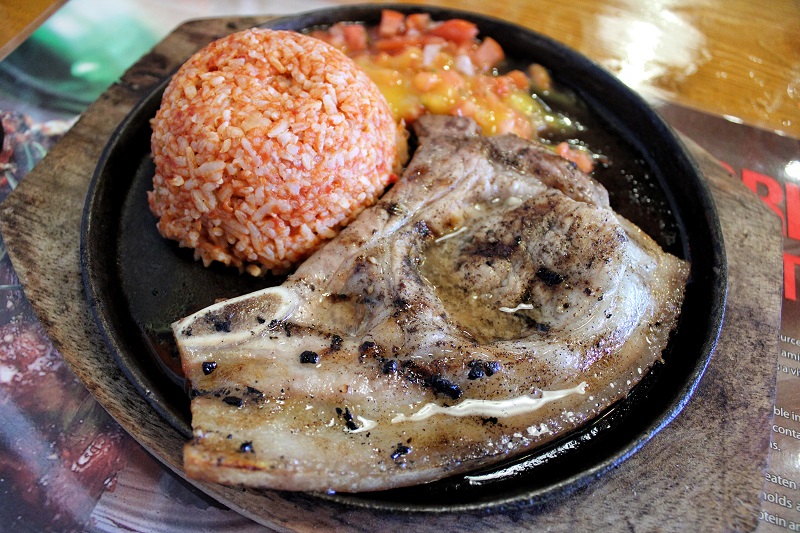 Combo 7: Sizzling Baja mixed seafood with Southwest chip and your choice of rice.

So how was the food? They are all very flavourful; however, Combo 7 was quite disappointing because of the serving. Then the Rump steak was a bit tough. The pork chop from Combo 3 was quite difficult to slice. Must be because they were in a hurry to serve it.

You see, there was a bit of a mishap. Not sure what it was exactly. The good thing is the staff informed us that it will take a while for our food to be served and gave us a complimentary plate of nachos which tasted great – love the cheese!

We do appreciate the gesture but we were still a bit disappointed because the flavours were all there. So I did a little research and found out that they just opened. I hope when my family and I get the chance to visit this branch again, the whole dining experience will be better. I also hope no one would experience the same thing we did because who knows what other people’s reaction will be once they get hAngry.

Oh! By the way, I also found out a few weeks after our visit they opened a branch near our home. And you know what that means! We’ll visit that branch soon and would like to order the same dishes.

SBS Inkigayo Sandwich is Finally in the Philippines