THE sixth season of CCP Met Opera in HD culminates with “Norma,” Vincenzo Bellini’s two-act opera, to be screened on June 11, at 6:30 p.m., at Greenbelt 3 Cinema 3.

Known for its bel canto genre, the opera tells the story about Norma, a Druid high priestess who broke her chastity vows and had two children with Pollione, a Roman proconsul.

Set amid the uprising of the Gallic people against the occupier led by the druid Oroveso, Norma discovers that Pollione falls in love with young priestess Adalgisa. When her lover refuses to give up Adagisa, Norma publicly confesses her fault and is sentenced to death. Convicted for pursuing Adalgisa in the temple, Pollione goes to the stake with Norma.

Soprano Sondra Radvanovsky takes on the titular role in an evocative new production by Sir David McVicar. She first played the role in 2013, and returned four years later to reprise her riveting portrayal for the 2017–18 opera season of the Metropolitan Opera of New York. 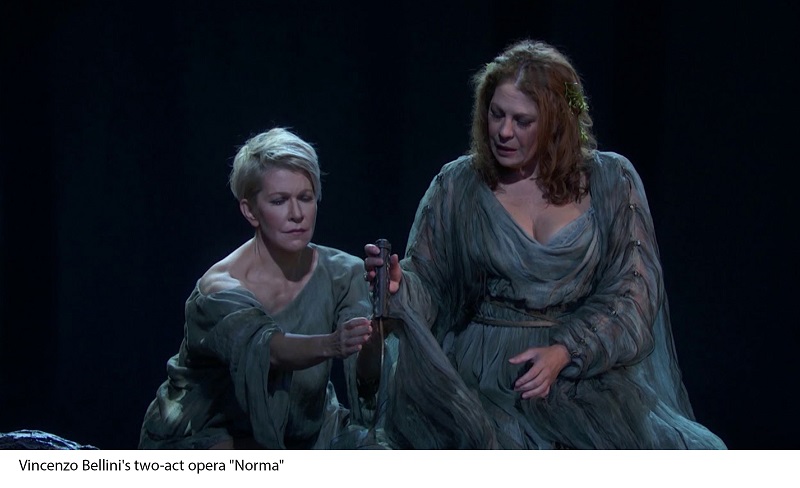 The CCP Met Opera in HD series features screenings of the latest operatic productions of the Metropolitan Opera in New York through the high definition digital technology and Dolby sound recreating the experience of watching an opera production at the Met “live.” It is co-presented by the Cultural Center of the Philippines, Metropolitan Opera of New York and the Filipinas Opera Society Foundation, Inc., in cooperation with the Ayala Malls Cinemas.

For more information, please call Greenbelt 3 Cinemas Customer Service at 757-7883 or CCP Sales and Promotions at 832-3706, or e-mail ccpsalesandpromo@gmail.com.

###
Press Release From the Cultural Center of the Philippines PR