It was National Grandparents Day and my abuelita’s birthday week so we took her around the metro. After our short trip, we passed by Rustan’s Marketplace in Santolan Town Plaza to buy some fruits. And that is where she saw Sugarhouse.

I’m pretty sure you are familiar with this cake shop. It first opened its doors in 1983 at Anza Street, Makati Avenue. It grew popular in 1994 and underwent expansion in 2008. Sugarhouse has a total of seven stores four of which offer full dine-in service, two semi dine-in stores and one kiosk.

Sugarhouse is well-known for its desserts such as Chocolate Truffle, French Apple Pie and Marjolaine. Their Concorde and Blueberry Cheesecake are are also great choice but they have some new items that captured the hearts of people with sweeth tooth – Chocolate Bliss and Coffee Sans Rival.

While we were shopping for fruits, my abuelita wandered off to the side of the bake shop. The shop employee offered some free taste of their Banana Loaf and Toasted Taisan. My abuelita loves Banana Loaf and she liked theirs so I bought her one immediately. Then the employee informed us that they offer celebrants a 20% birthday discount. So we grabbed the chance and bought her another birthday cake. *It was her birthday week and Grandparents Day afterall! 😉

The cake we chose was the Chocolate Bliss (8 inch). This chocolate chiffon cake is filled with yummy chocolate filling topped with caramel sauce and chocolate shavings complete with marshmallow icing. I love sweets so much and I definitely enjoyed the flavors that Chocolate Bliss brings. My grandmother, on the other hand, doesn’t like sweets. But she did like this one because it wasn’t as sweet as the cakes we usually buy at other shops.

Will we come back at Sugarhouse? Definitely! The problem is we don’t live in that area. We’re from the north and we just happened to pass by Santolan Town Plaza that day. Hopefully, Sugarhouse opens another store near our us as we are also keen on tasting their lovely meals. 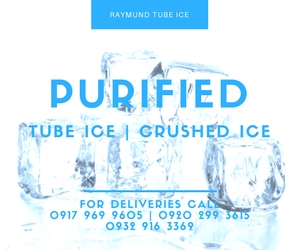