Yes, you read the title right! I will explain but first. Have you been to Centris Walk? It’s located in Eton Centris at the southeast corner of EDSA and Quezon Avenue. The Centris Walk is basically a lifestyle, dining and entertainment destination.

Since the family were there to explore the beauty of their Christmas displays, we decided to have our dinner there as well. It was quite chilly that day so we were up for some good old noodles. Where else can we get the best one but at Pho Hoa, the largest Vietnamese restaurant chain in North America.

And there it was!

From the outside, it’s clear how clean the place is. When you get in, you’ll be happy to confirm that plus the fact it’s well-ventilated. As we settled in one of the booths, the waiter handed the menu. To our surprise, there three sets of menu – Pho Hao, My Thai Kitchen and Jack’s Loft Dessert Bar. I was actually craving for a cake and was planning to get one at Jack’s Loft which is right next door. But, lo and behold, these three restaurants are under the same company! 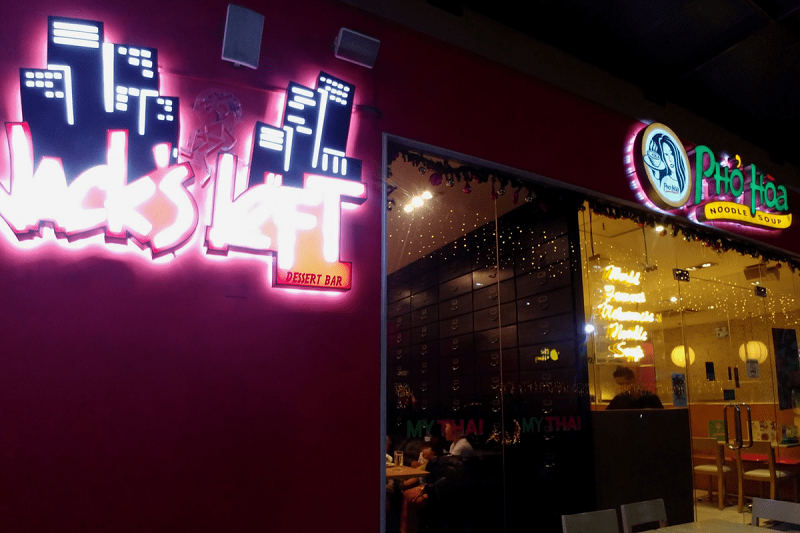 According to the waiter and some additional research, My Thai which opened in 2009 is owned and operated by restaurateur Nancy Cua. She is also responsible for bringing Pho Hoa to the Philippines. For Jack’s Loft, well the one responsible is her son, Erik Cua, a club owner and also a restaurateur.

So technically, we’re dining in a 3-in-1 restaurant which is awesome as we are the type of bunch who have different tastes. Now there’s no need to argue where and what to eat because the choices are endless. Plus the seating too! If you prefer to eat at Pho Hoa like us, you can. But if you want to transfer, you can too. You can just walk into Pho Hoa and into Jack’s Loft Dessert Bar.

Cool, right? It’s like a food park but not really because the food here is better. Speaking of which, we tried the following. 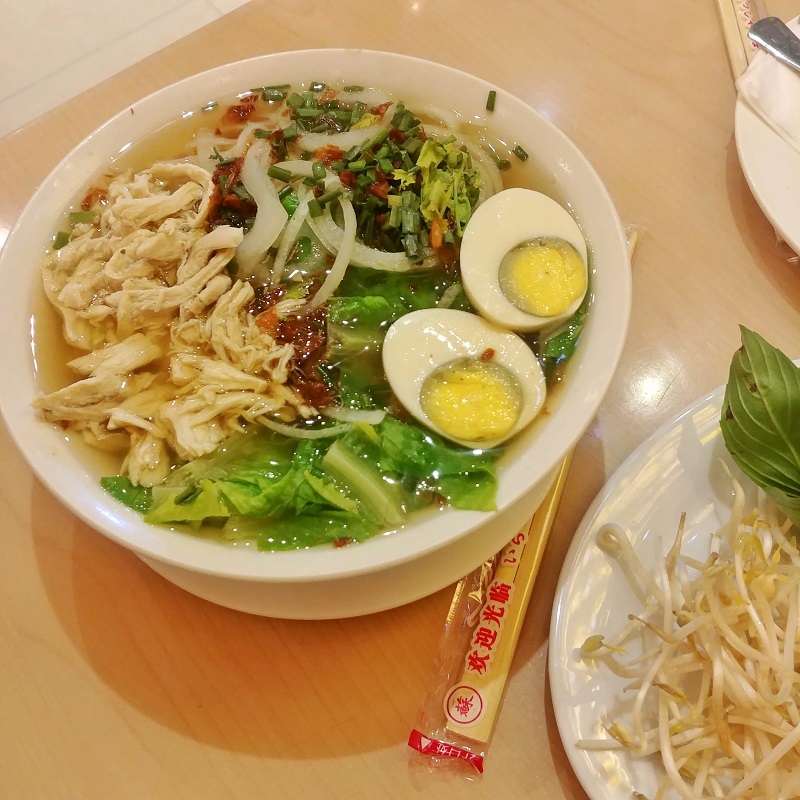 Though Pho Hoa do have some rice plates and vermicelli bowls, they mainly offer healthy Vietnamese Pho noodle soup. In fact, eating noodle soup at this place is fun because there will be a selection of condiments available on our table. This means that you can flavor your soup the way you want. That’s what we did with our Chicken Noodle Soup which by the way is perfect for sharing even if we ordered the small one.

If you’re a fan of Pad Thai, My Thai Kitchen offers those as well as Thai Curries and a range of rice meals one of which is Bagoong Fried Rice. This comes with sweet pork and green mangoes which is delicious and also very Filipino. 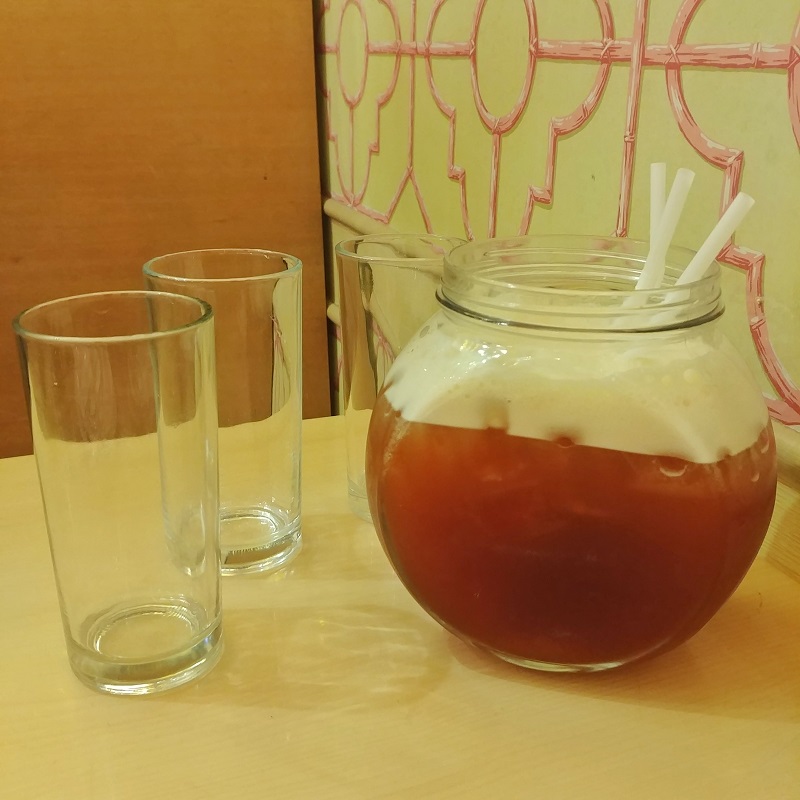 While choosing our drink, we stumbled upon Jack’s Loft drinks menu. Since there’s three of us, sharing a Fishbowl Ice Tea sounds pleasing and cool. For dessert, we had my favorite New York Cheesecake. Jack’s Loft Dessert Bar’s Baked New York Cheesecake has the traditional style creamy cheesecake piled high on a graham cracker crust. For me, it’s the best dessert to end a lovely dinner.

Thinking of where to dine in next? If you are also the type who can’t decide where to eat, visit Centris Walk and find Pho Hoa, My Thai and Jack’s Loft. There you’ll never run out of options.