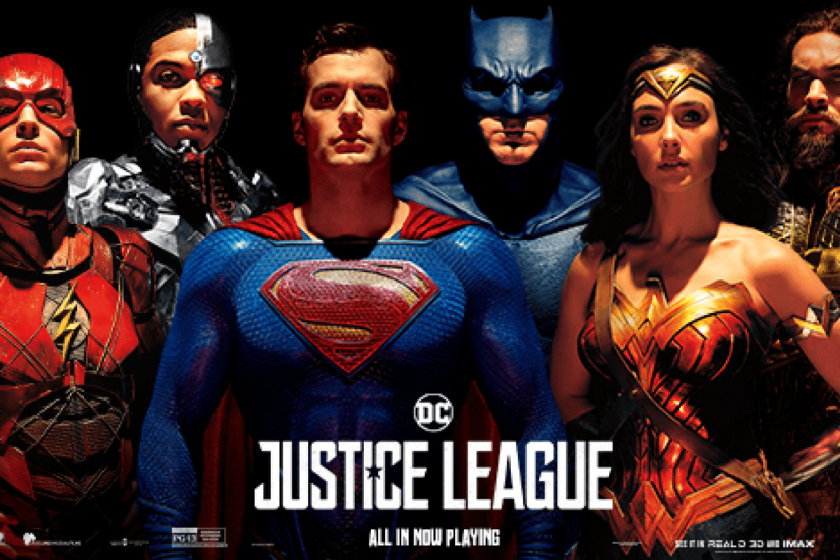 Justice League is the last comic book movie of the year. Normally, I would line up on the first week but there wasn’t an opportunity so I was very careful not to accidentally read any review. But when Star Wars: The Last Jedi came I became very eager to watch it completely forgetting about Justice League.

As a matter of fact, I was only able to watch the latter before Christmas. That is also when I saw that Justice League is still in cinemas so I watched it a day after watching Star Wars.

Justice League
Directed by Zack Snyder
Screenplay by Chris Terrio and Joss Whedon, from a story by Terrio and Snyder

Fueled by his restored faith in humanity and inspired by Superman’s selfless act, Bruce Wayne enlists the help of his newfound ally, Diana Prince, to face an even greater enemy

Based on the Special Comic-Con Footage, Justice League gave off a different but promising vibe that sparked my excitement. Unfortunately, that vibe did not resonate throughout the movie’s running time. There is no doubt Justice League is the biggest comic book movie since The Avengers (2012) directed by Joss Whedon but it didn’t give us anything even something to look forward to.

The latest installment of the DC Extended Universe (DCEU) has a great story. You know resurrecting Superman and all. We all saw that coming and I am fine with it. Sadly, they failed at the execution probably because of extensive reshoots. It was uneven making me wonder what the original plan was or how Zack Snyder would have done it?

Judging Zack Snyder’s Man of Steel which is not at all bad, it is clear that he has an artistic vision. You can sense that in Batman v Superman: Dawn of Justice as well. Though the latter have flaws, BvS is far more enjoyable and well put together than the latest installment of the DCEU.

It is also worth mentioning that I never felt or saw that the earth was threatened. Well, except for one family. This small detail made the “CGI villain” that is Steppenwolf underdeveloped (Oh my I’m having some Suicide Squad flashbacks). I guess we really can’t help but compare this movie to another superhero movie where there were scenes of incredible loss then intense team work as they evacuate all the citizens. 😥

My hopes for a better future for the DCEU is slowly fading. Good thing, The Flash is a good character adding more life to the universe. Cyborg, too! I would love to see a solo Flash and Cyborg film. Speaking of which, I think Aquaman deserves a good one as he lacked a proper exposure here.

How about you? What are your thoughts on Justice League? Comment below!