Have you experience craving for a certain food, let’s say sweets and end up buying assorted desserts? Well I did and let me tell you, it satisfied every sweet craving I had. In fact, I ate all of it in one day. 🙂 Of course, I shared!

It was a Sunday morning when I realized I had the desire to eat cupcakes. I guess that’s the effect of watching too much DC Cupcakes, the American reality television series. But I don’t blame that show because I really have a strong desire for sweets. So after mass, I went to TiNoma and checked out different stores.

Frostings
Frostings Cupcake, it all started with a mother’s dream and a burning passion. It has been Dulce’s dream to make the best-tasting and high-quality cupcakes. Fortunately, her dream came true and shared it with the Filipinos at reasonable prices. 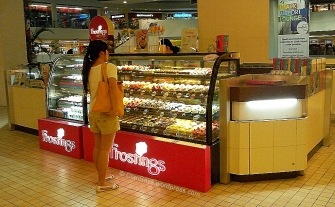 I think Frostings have the most charming store. Even from a far, you’ll see that it is a cupcake store because of the eye-catching logo and colorful displays. It’s so cheerful that it invites you to take a look at their choices of delectable cupcakes. Not to mention, the courteous and friendly staff that helps you choose the right cupcake for you.

Chewy Junior
Now this one is not a cupcake but is actually cream puffs. The Chewy Junior cream puffs were an accidental creation by Kevin Ong. He made experiments with recipes from two different countries. In two years, he found the Perfect formula to create a healthier version of cream puffs. 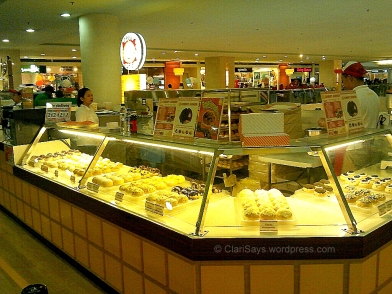 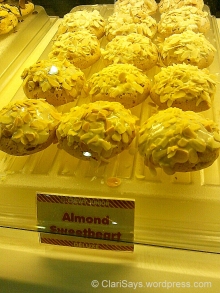 Originally from Singapore, Chewy Junior cream puffs are now in Manila. Choose from their Sweet, Savoury, Mini Puff, Cotton Cheese, and Premium Cream Puffs. I’m not sure if I’ve tried eating cream puffs before, but I love Chewy Junior’s texture. It is crispy on the outside and soft and chewy on the inside.

The owners were on frequent trips in Asia and were able to eat this kind of donut. Upon developing the perfect Japanese mochi donuts, they took part in the Mercato Centrale weekend market back in December 2011. Due to the positive response, they opened their flagship store in Greenhills Town Center. 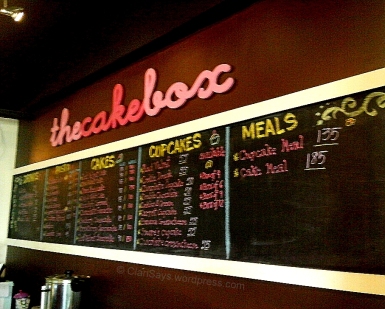 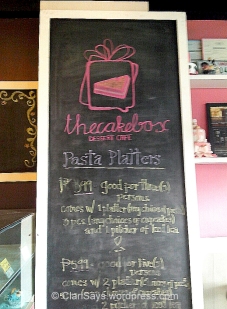 The cakes at The Cake Box Dessert Café are not only aesthetically pleasing but mouthwatering as well. Not to mention, they offer delightful choices of cupcakes.

Have you tried any of these? Which one is your favorite?