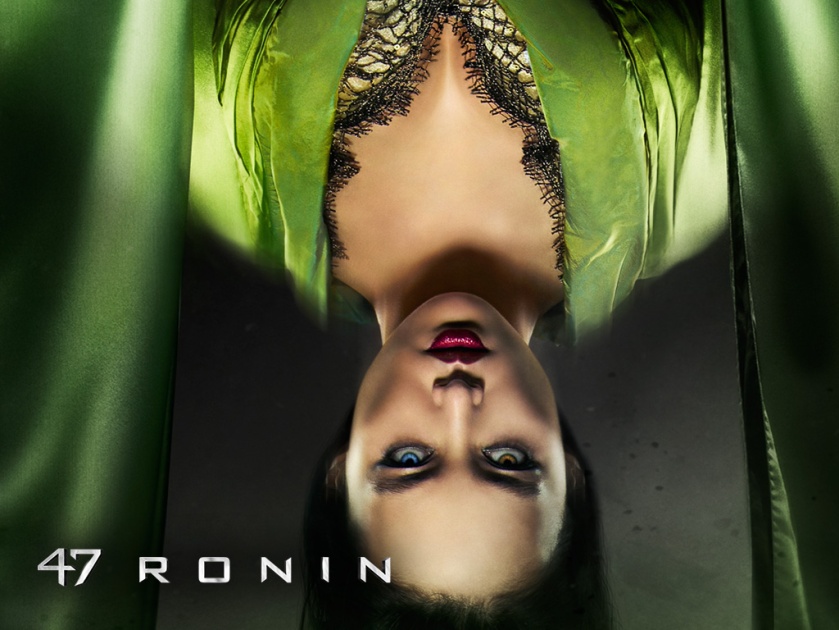 Forget the digits even ratings and focus on the film. Is 47 Ronin that awful? I think not.

47 Ronin is the comeback film of Keanu Reeves directed by Carl Rinsch and is produced by Scott Stuber, Pamela Abdy and Eric McLeod. The film tells the tale of 47 Ronin, a group of leaderless samurai that vowed to avenge their master’s death and restore honor to the people of Ako.

The Story of 47 Ronin

Kai, played by Reeves is a half British and half Japanese who was found almost lifeless in the woods. Seeing the young Kai, the compassionate Lord Asano Naganori (Min Tanaka) accepted him and was brought to the village of Ako. Despite Lord Asano’s welcome, the samurais led by Oishi (Hiroyuki Sanada), detest Kai except Lord Asano’s daughter, Mika (Kou Shibasaki). She also sees what his father saw on Kaia. She accepted Kai and eventually falls in love with him.

The story became more interesting when Ako was visited by the Shogun Tokugawa Tsunayoshi (Cary-Hiroyuki Tagawa) and the Lord Kira (Tadanobu Asano) who dreamed of ruling Ako. To his advantage, no one knew that he had a witch on his side. During their visit, the witch Mizuki quickly places a spell on Lord Asano.

Now bewitched, Lord Asano tries to kill Lord Kira but was stopped by Oishi and was awaken from the spell. The Shogun who imposes a strict system punishes Lord Asano and tells him to commit seppuku, a form of Japanese ritual suicide only for a samurai. Now leaderless, the forty seven ronin vowed to slay Lord Kira and bring honor back to Ako.

The Film
47 Ronin was released in theatres late last year. However, due to our yearly Metro Manila Film Festival, international films such as this was only shown this month. I did not have the intention to watch it, but my 119 minutes inside the theatre was amazing. 47 Ronin is definitely a satisfying Samurai film which makes me glad I watch anime and read James Clavell’s Shogun.

I was able to appreciate the film more and was able to move with it. In short, the story was well told. The cinematography and production designs were impressive. Can you still remember the grounds where they committed seppuku? The scene emitted a certain positive aura that says: “We do not care if we die. The important thing is we remained loyal to our leader and to our comrades.”

I must also say that the gestures were also notable. If you watched closely, Reeves seemed like real Japanese especially during the ritual. The fighting scenes, on the other hand, were perfectly executed. My favorite scene was when the 47 ronin was able to enter Lord Kira’s domain. It was dark, cold and full of surprises.

Apart from that, the actors played their roles well. Besides Keanu Reeves, Hiroyuki Sanada as Oishi and Rinko Kikuchi as Mizuki were great. I don’t know why some people complain that their English is awful. Honestly, it was not but I would like to hear them speak more Japanese. Overall, they delivered their lines well.

In fact, whenever Hiroyuki Sanada appears with or without lines, one can feel his presence. Looking at him, you’ll instantly know that he is of high rankings. Actress Rinko Kikuchi, I bet she looks familiar to you. She starred in Guillermo del Toro’s Pacific Rim. I think the witch role suits her. The way she taunts Mika was priceless. Indeed, they both are good actors and I hope to see more of them.

For me, 47 Ronin is worth to watch. I feel ashamed I did not include it on my Top 10 Movies to Watch this 2014. But that does not matter anymore because I was able to watch it and I hope you do, too.

Credits: The photos were downloaded from 47 Ronin Site. If you want a copy of the photo, please proceed to the official 47 Ronin Site.